Please excuse my interweb-dust! Changes are underway- thanks for your patience!

Expectations: I Dumped My Husband After Our Third Date {Guest Post} 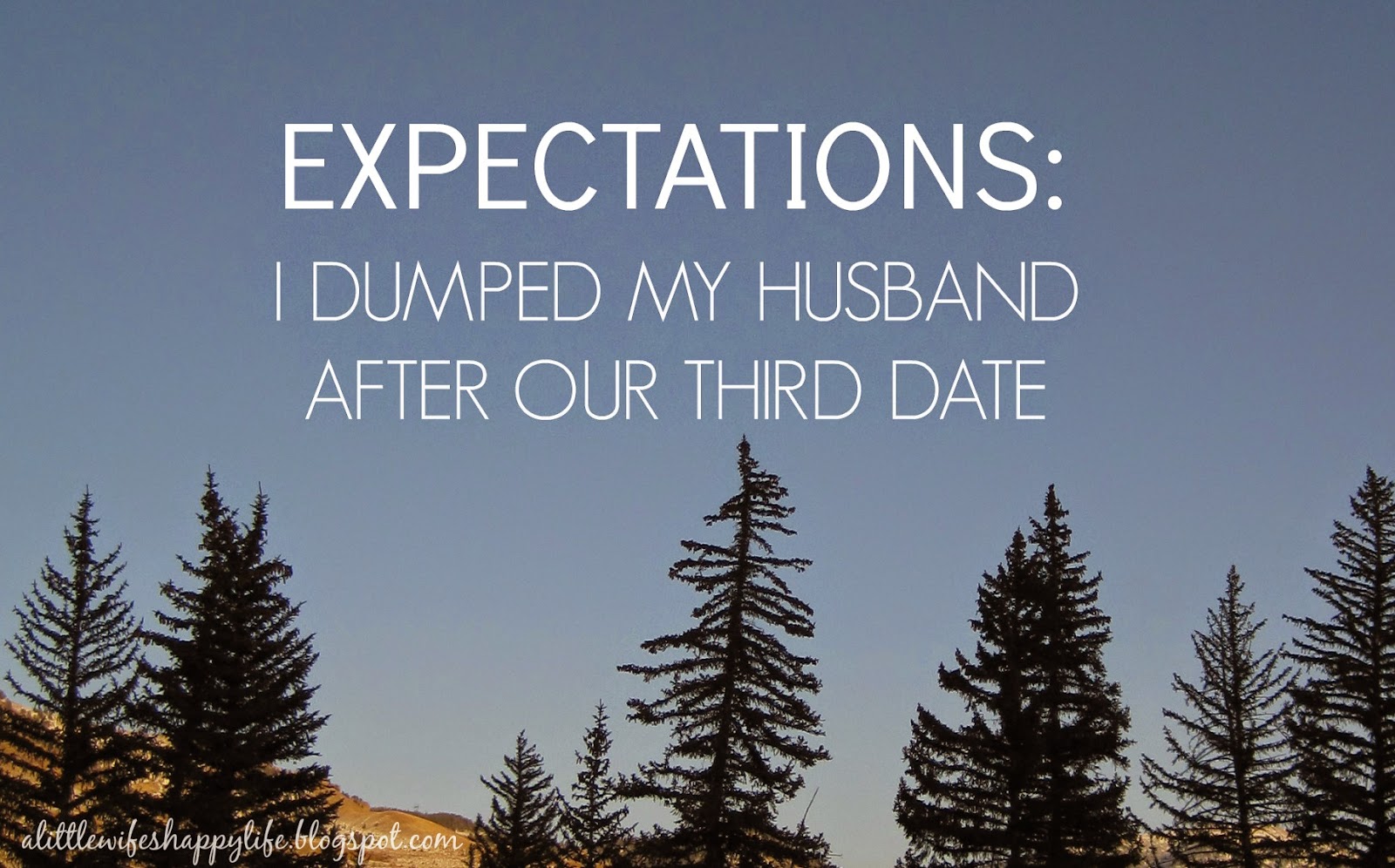 I dumped my husband, Tom, after our third date.

It was obvious from the first time I met him that he had a genuine love for God. My best friend's husband grew up with him and raved about his integrity and his involvement in the community. During our first few dates, I discovered he was also intelligent and fun. He made it clear that he was interested in me and that he wanted to pursue a relationship.

But he didn't look like the guys I was usually attracted to, and he didn't make me feel like the other guys, either. I'd spent years pining after guys who gave me that feeling of butterflies in my stomach. Sure, those guys were usually vague about their intentions, and very rarely committed to anything beyond coffee, but how I loved that butterfly feeling!

There were no butterflies with Tom. I liked super-tall, slender guys and he was 5'11 with an athletic build. He was loud. He had funny glasses. And he was bald! My hands didn't get clammy at the sight of him, and I didn't get that nervous feeling of anticipation around him. I immediately decided a relationship wouldn't work, and only agreed to go on the second and third dates to appease my best friend.

So when he asked me out for a 4th date, I said no. I felt confident in my decision until I told my friend Kate about it.

Kate looked me in the eyes and said, "You've been waiting 29 years for a godly guy who wants to pursue you. Now you've found one and you've dumped him because he doesn't look like you thought he would! Has it ever occurred to you that maybe the butterfly feeling you felt with the other guys was actually anxiety? You're not feeling that with Tom because he's made his intentions clear and you don't have to wonder what he's thinking."

Her words hit me hard and I knew she was right. I went home to pray and experienced one of the few times in my life where I clearly heard God speak to me. I knew 100% that I would regret it if I let this man walk out of my life.

Tom was gracious enough to give me another chance. Once I started looking at him for who he was (and not how he looked), he suddenly became extremely attractive and handsome to me. We were married 6 months later! 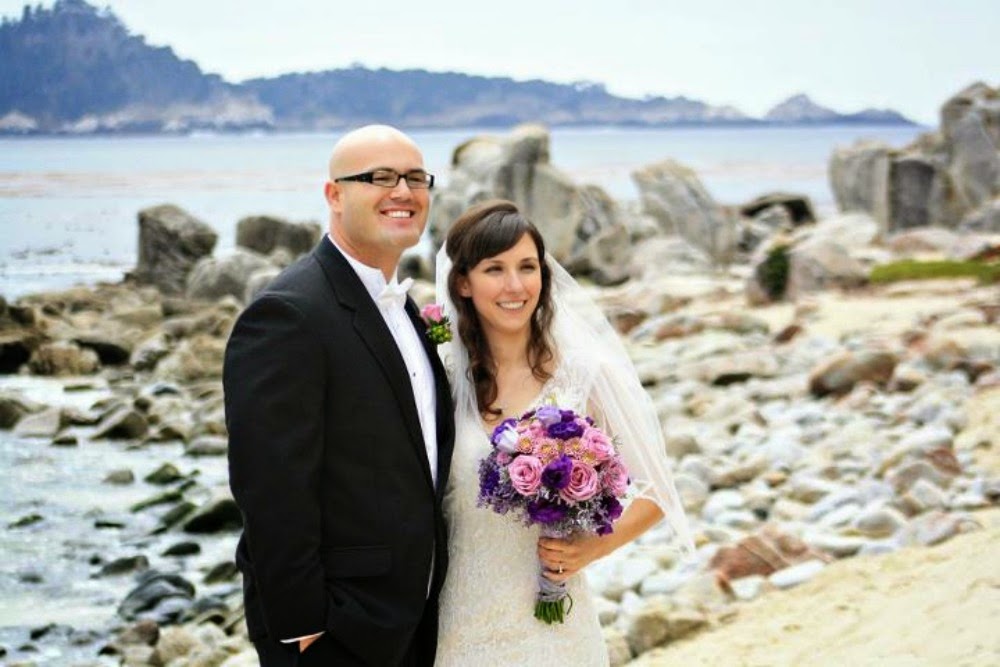 Since then, I've noticed that many of my single girlfriends are making the same mistake I almost did. They are praying for godly men to pursue them, but they immediately disqualify anyone who is not their "type." I recently watched a friend decline a match on an online dating service for the sole reason that the guy was too short at 5'7". He shared her faith, her interests, and they even had several real-life friends in common. But she wants a tall guy. (By the way, she's only 4'11").

Please understand me: I'd never imply that women should get involved in a long-term or serious relationship with someone they find unattractive. But I am suggesting that single women need to allow time for physical attraction to develop.

How much time is appropriate? That's between you and the Lord. In my case, the attraction didn't develop until I opened myself up to the possibility of a relationship with Tom on that 4th date. Someone women may need more time, and some may need a little less. My point is that you need to make sure you're approaching your time together with an open mind and open heart.

I realize that every situation is different. Not every man will be clear about his intentions like Tom was. Many of you have never had a man pursue you.

However, most women know at least one or two godly single men who, for whatever reason, aren't "boyfriend material." Maybe they're too geeky, too athletic, too short, too tall, or too whatever. You enjoy their friendship and you like hanging out in groups with them, but you are sending out a vibe that says "I'm not interested, so don't even think about asking me out."

Ladies, let me challenge you to make a conscious effort to take down those walls. This doesn't mean you start flirting or being forward. It means you show your interest in them as human beings, as fellow believers in Christ. You don't let your lack of romantic attraction color your interactions with them. It means that you give them a fair chance before you decide you're not interested in starting a relationship with them. 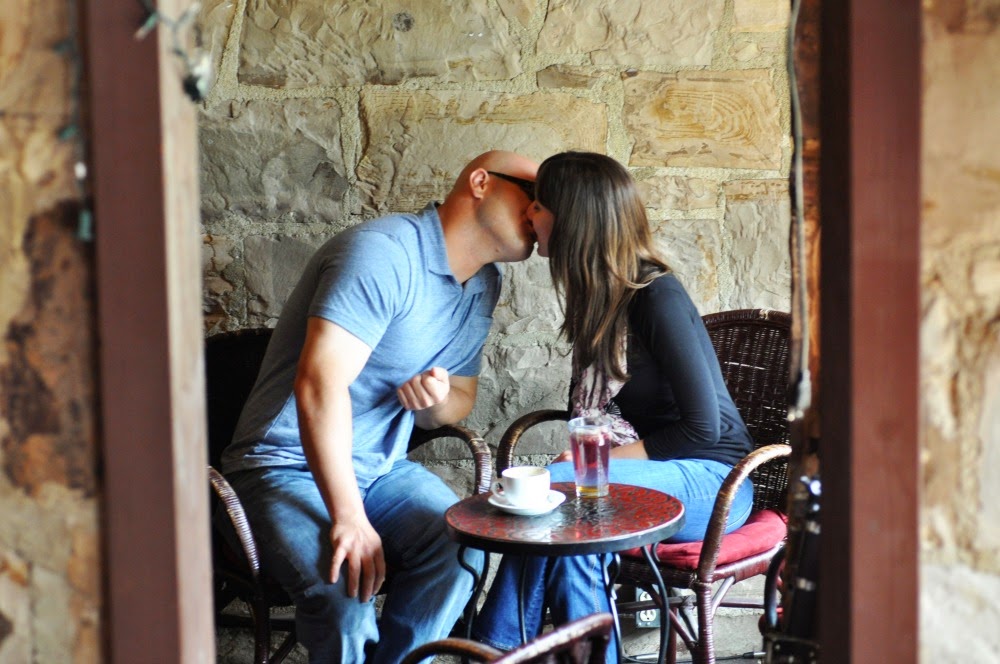 I'd love to hear your thoughts on this. How have you seen this play out in your life or in the lives of your friends? How do you decide when you've given someone a fair chance? Please share your thoughts in the comments section. 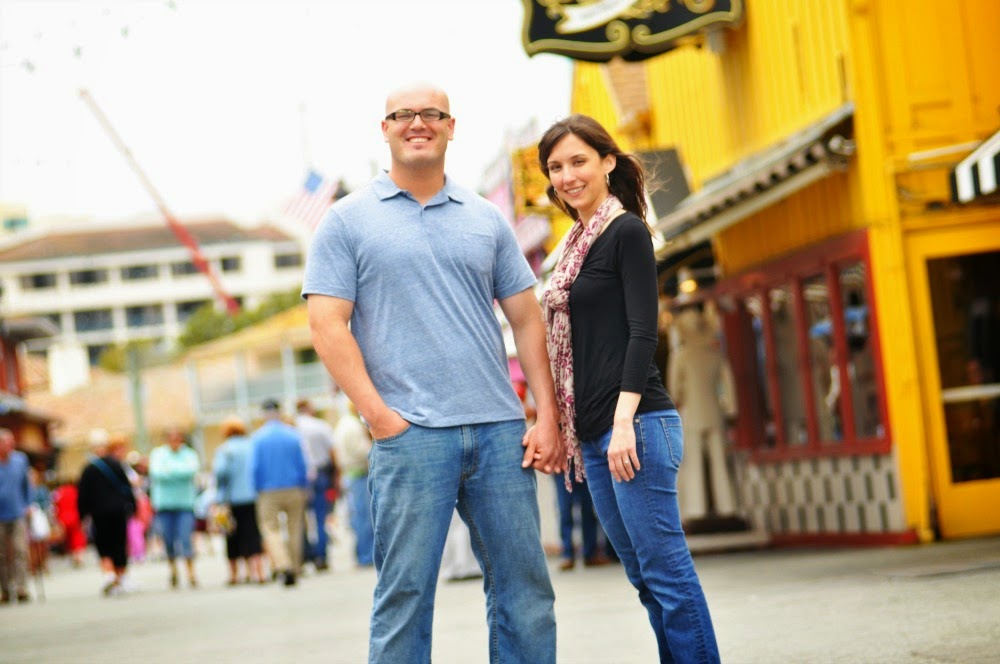 Hi, There! Welcome to the Life! 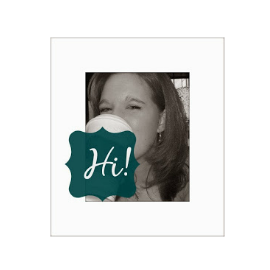 I'm Adrie, a very imperfect follower of Jesus, lover of Zeke, maker and ruiner of recipes, keeper of our home, and stealer of the covers. Periwinkle is my favorite color, I'm afraid of ladders, addicted to coffee, and so very glad you're here!

Search the Life of Little Wife! 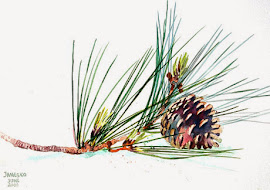